Da Lat was a nice change from the sweltering heat of the cities and coasts of Vietnam. It was cool (pun intended) to have a few days in long pants and long sleeved shirts and to top it all off the really nice lady in our guesthouse let us basically kidnap her dog the whole time we were there, oh and we did stuff too…

From Hoi An To Da Lat:

We booked through our hostel, The Petunia Garden Homestay. They didn’t charge us any commission or anything, as the price was the same as what was advertised online 320,000 VND (€12). This included moto pickup from hostel and a sleeper bus to Nha Trang where we trasnfered to a local bus and travelled onwards to Da Lat.

We stayed in the Da Lat Colico hotel. This was an absolute gem of a find. We don’t know if it’s because it was off-season or just because the woman was so nice but we bagged a private double room with private bath for 130,000 VND (€5) per night.

The owner was an absolutely lovely woman who kept in constant supply of hot water (handy for coffee and noodles) and even did a wash for us for free!

Things To Do In Da Lat: 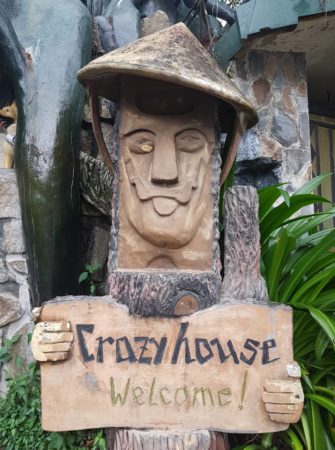 Ranked among the top 10 strangest buildings in the world and pretty much top of everyone’s Da Lat “to do” list is the Da Lat “crazy house”.

Apart from being a crowd drawing tourist attraction it’s actually a hotel, and considering it is one of the most bizarre and unique guesthouses in the world, it’s not unreasonable, with rooms starting at €25 a night.

Each room is themed for example the kangaroo room has a giant kangaroo in one corner… obvs. The rooms that are vacant are left open but gated off so you can see in but no access. There’s even an ballroom that’s got an under the sea theme!! 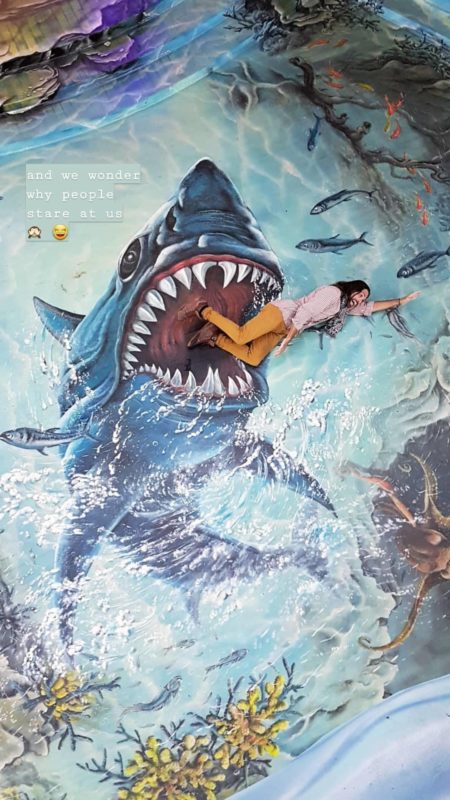 Life is much better down where it’s wetter!

We highly recommend visiting around 5pm, crowds and tour buses will leave, its still bright enough to take a walk around and you will also get to enjoy it as the sun goes down and the colorful lights come on.

The quirky mushroom garden glows in ultraviolet light. Pink, purple, and white fairy lights mixed with the sound of frogs, make it worth seeing at dusk and you will feel like you have the place to yourself. 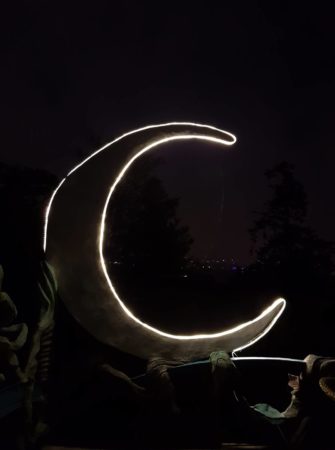 If you thought the crazy house was crazy, imagine mixing it with a pinch of where’s wally, a dash of where the f$@k am I, and whatever your drink of choice is.

Welcome to 100 roofs A.K.A. the Maze Cafe and bar, although to be fair they stop serving coffee at 5pm. Basically it’s part bar, part assault course, part Tim Burton movie, sprawling up and out onto the rooftops of Da Lat. We loved it.

While there’s no official fee to enter you will be expected to buy something to go in and have a look around. Soft drinks and coffees start at about 30,000 VND (€1.13) 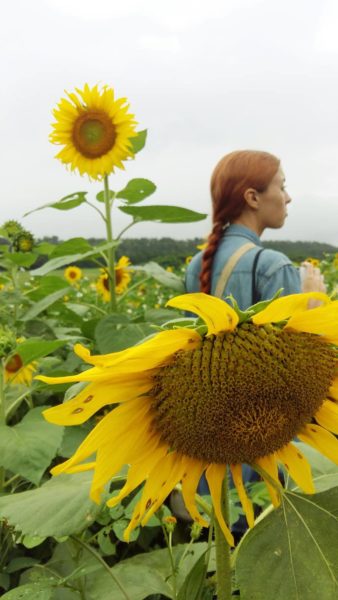 A rose by any other name

Strangely enough, on the land of the Dalat Milk factory, in Tu Tra, Don Duong, near the airport, There is a small island which is completely covered in giant sunflowers.

It is free to visit and open until 4pm. While local buses do travel from Dalat to Don Duong its a whopper hike out to Dalat Milk. Best to go via motorbike. It’s an absolutely beautiful drive (let’s be honest they all are in Vietnam).

Bring some form of photo i.d with you as the incredibly friendly security guard will want to see, and hold onto it while you visit the flower fields and property itself.

Respect both the flowers and the field and your id will be returned to you no muss no fuss.

Note: Stick to the path and mind the bees!!

At 15,000 VND (€0.56)per super delicious plate, how could you go wrong? Note: They put spring rolls on the table when you sit down…The spring rolls are not complimentary but only cost 2000 VND (€0.07) each, so go ahead pal…have a springroll.

Tu Hanh Vegetarian is a little out of town but is a really nice restauarant with an interesting menu. From soups and noodles to reasonably priced rice dishes such as veggie tuna with pineapple or veggie pork with coconut.  Dishes started at 35,000 VND (€1.30)

So, as the Looney tunes would say e-debe, e-debe, we see Da Lats all folks!! If you fancy a giggle or a more visual presentation, you can watch our Instagram highlights here.

As always please send us a message or leave a comment just let us know you’re still out there!!